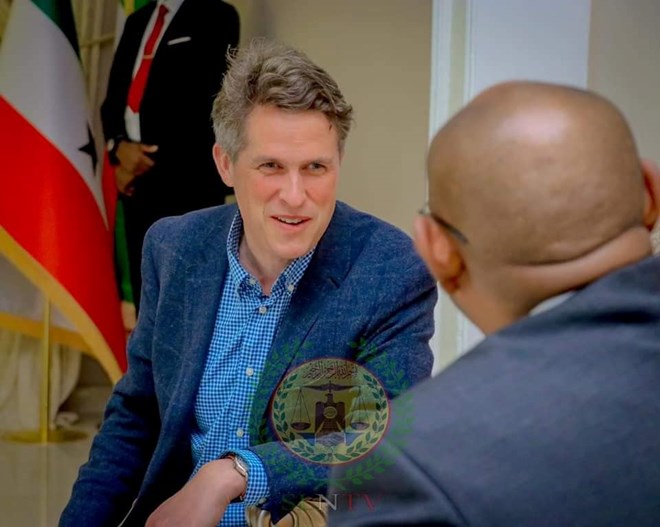 Hargeisa (HOL) – A British delegation led by the Conservative Member of Parliament for South Staffordshire, Gavin Williamson, has arrived in the Somaliland capital Hargeisa on Thursday, where they were received by Somaliland Foreign Minister DR Isse Kayd Mohamud and other government officials.

Willamson has been actively campaigning his fellow lawmakers to recognize Somaliland as an independent state.

Williamson’s arrival to Hargeisa comes barely a month after he tabled a debate on the UK government’s recognition of Somaliland. Over two dozen MPs from across the British political spectrum took part in the discussion.

The UK is the UN Security Council penholder on Somalia.

Williamson last visited Somaliland in January 2019 while he was the UK Secretary of State for Defence.

The self-declared Republic of Somaliland has been fighting for international recognition since it declared independence from Somalia in 1991.