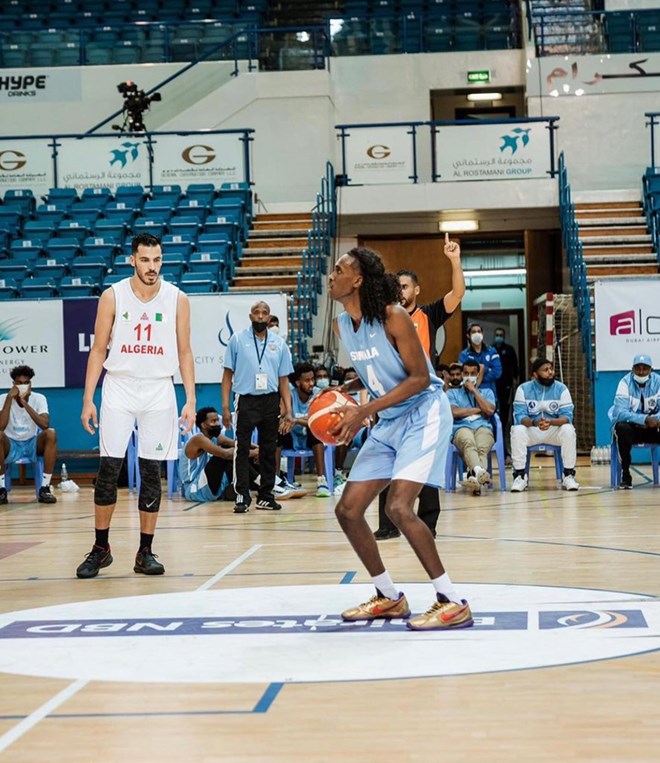 Somalia lost to Lebanon with a final score of 72-87, ending their quest for a championship.

Somalia started the game relatively strong, ending the 1st quarter down by just 2 points to the heavily favoured Lebanese squad. The score was 22-24.

Somalia shot the ball considerably well, knocking down close to 30% of their three-pointers and shooting 43% from the field. Despite this, their Achilles heel was on the defensive end, giving up a ton of easy baskets in the second half. Somalia was also out-rebounded due to their lack of a true big man presence.

Somalia also turned the ball over 18 times, leading to many easy transition buckets for Lebanon.

Free throw shooting proved to be difficult for Somalia, knocking down just 52% of their shots.

Ahmed Aden was awarded player of the game for the second time in the tournament, scoring a game-high of 28 points and seven rebounds.
With the win, Lebanon has advanced to the finals.

This was the second time Somalia faced off against Lebanon. Somalia got blown out by Lebanon – one of the favourites to win the tournament – in their first game by nearly 40 points. Somalia responded with a much stronger showing in the semi-finals but fell short.

Somalia’s assistant coach, Daud Mohamed, said that he was proud of the squad but felt that the lack of government assistance and preparation affected their performance.

“There was little government assistance, and we feel if we had more support from Somalia’s athletic authorities, the result could have been a lot better.”

The team was hastily put together, practicing just once before their first game.

Coach Daud said that if the team had at least a month together to build chemistry on and off the court, he feels that it would reflect in the team’s performance.

He also added that the team had difficulty recruiting, leaving top talent off the roster due to unforeseen circumstances. He said that a 6’11 centre out of Belgium was one of the notable players who couldn’t play due to testing positive for COVID.

Despite these hiccups, Coach Daud said that he’s proud of his team’s accomplishments and their historic run to the semi-finals.

“The future of Somali ball is bright. This squad is very young and has been playing against professional players with ample experience playing together”.

With some improvement in recruiting and practice, Coach Daud feels confident that the squad can perform at an elite level.