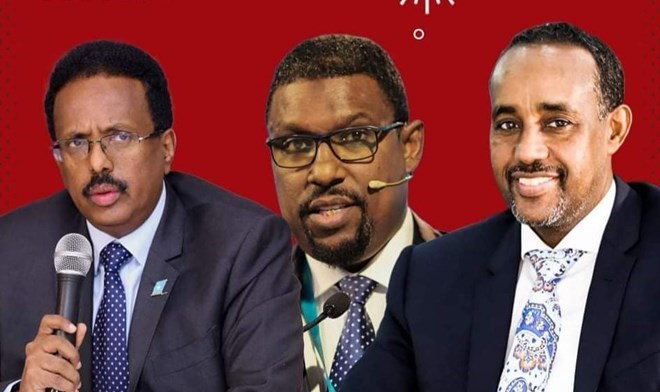 The agreement consisted of seven production-sharing agreements to begin searching for offshore hydrocarbons.

The signing ceremony was witnessed by the Coastline Exploration Chairman & CEO and the Vice-Chair of the Somali Petroleum Authority.

“We are pleased to announce that we have signed 7 Production Sharing Agreements with COASTLINE EXPLORATION LTD. It is a victory for the Somali people.”

According to the statement, exploration is expected to begin shortly.

Ahmed thanked President Farmajo for his support in completing the deal, despite a Presidential decree in August that ordered government institutions and officials from entering into any agreements or contracts until a new administration was sworn in. Somalia’s current government does not have a legal mandate.

However, Somalia’s PM, Mohamed Hussein Roble, said that the deal was illegal and said that he would not accept it.

“The alleged production sharing agreement purportedly signed by the Minister of Petroleum with a foreign entity regarding Somali oil reserves is illegal, unacceptable since it wasn’t done through legal avenues. I will take all appropriate measures to protect  our national resources.”

W. Richard Anderson, Chief Executive of Coastline, said that his company was excited to begin working in Somalia, which remains largely unexplored.

“Somalia contains the largest remaining unexplored set of basins situated in warm waters in the world. We are honoured and excited to be part of its future development. The Government of Somalia and the Ministry of Petroleum have spent a great deal of time and effort to ensure the country has the proper legal and administrative infrastructure to support oil and gas exploration with the passing of the Petroleum Law, adoption of the Revenue Sharing Agreement, among the Federal Government and its Members States and the establishment of the Somali Petroleum Authority to provide continuing support for the anticipated growth in the sector.”

Shortly after the deal was announced, Villa Somalia immediately declared the agreement null and void, citing the August presidential decree.

“The Presidency FGS hereby declares nullification of Petroleum pact signed by the Minister on behalf of FGS. The deal contravenes Presidential Decree 7/8/2021, which bans the inking of deals during elections so as to protect public resources from exploitation during the elections.”

Houston-based Coastline Exploration was founded in 2018 and focuses on hydrocarbons in East Africa.