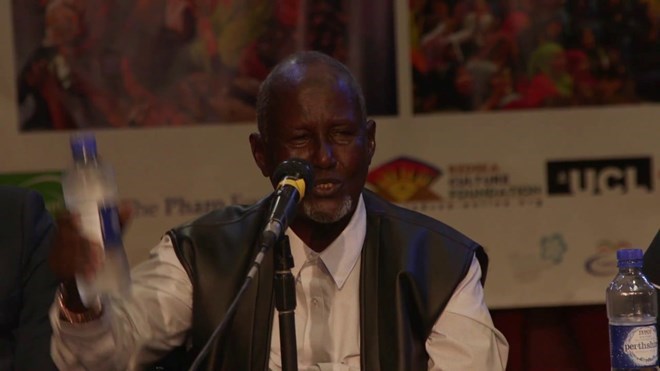 Sources said Jiir has been in poor health for a while now and succumbed Sunday morning while undergoing treatment in Digfer Hospital in Mogadishu.

Information Minister Osman Dube confirmed Jiir’s passing noting he (Jiir) has been a member of the Waberi Band for 50 years.

Prime Minister Mohamed Roble led the nation in mourning Jiir’s passing and described him as one of the most iconic music artists in the country.

“May God have mercy on the great Mullahin Abdikarin Farah Qaarey Jiir who was one of the pillars of Somali art and had a unique creativity and talent, especially in the field of music,”Roble said in a tweet.

He later transferred to the Ministry of Education and Literature, where he worked for some time.

He is remembered for composing several popular songs sung by former Somali artists, such as Hassan Aden Samatar, Halima Khalif Magol, Abdinasir Abdulle and many others.