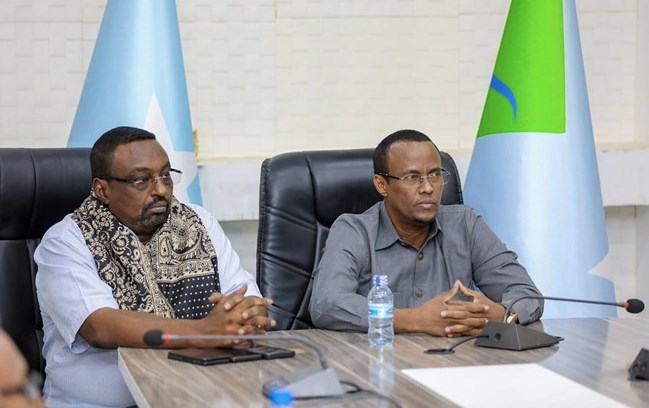 BELEDWEYNE (HOL) – A fresh feud has erupted between HirShabelle President Ali Gudlawe and his deputy Yusuf Dabageed over the conduct of remaining seats to be filled in Beletweyne.

Source privy to the development have told HOL that the two leaders have particularly tussled over seat 135 currently held by the incumbent Amino Mohamed.

According to the sources, Dabageed is routing for National Union of Somali Journalists Secretary General Omar Faruk.

Following the new rift, HOL has learnt that  the elections slated for tomorrow will likely be postponed.
The two leaders have in recent weeks fallen out over the elections in Beletweyne.