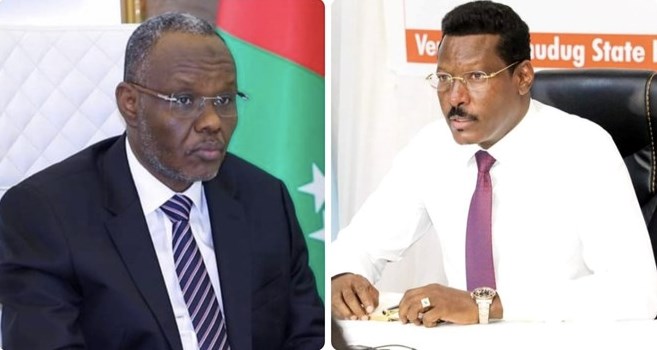 MOGADISHU (HOL) – Galmudug and South West state leaders-two of President Mohamed Farmaajo’s allies have dismissed a new announcement by the Federal Elections Indirect Team (FEIT) calling for the swearing-in of the 11th parliament on April 14.

President Abdiasis Lafta Gareen and his Galmudug counterpart Ahmed Qoorqoor said the announcement was illegal adding that FEIT did not have the power to make such pronouncements.
The two leaders were reacting to the FEIT statement on Tuesday which set April 14 as the inauguration day for newly elected MPs and Senators.

The directive follows the expiration of March 15 deadline for the conclusion of the Lower House elections.

HirShabelle, Puntland and Jubaland are yet to conclude the exercise which kicked off last October.

South West and Galmudug concluded theirs on Tuesday which Somaliland Caucus and the Banaadiri Community completed the exercise way earlier.

Prime Minister Mohamed Roble did not commend on the new timelines in an apparent indication of no-objection.

However, the National Consultative Council is expected to meet soon to provide more directions following the election of over 240 MPs.