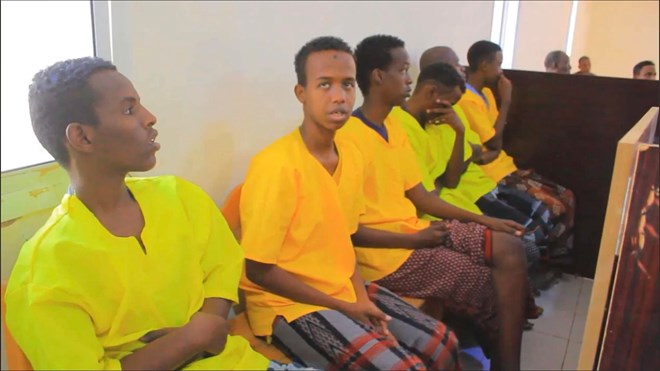 Save the Children has called on Somali authorities to intervene after six teenage boys were sentenced by a military court for involvement with armed groups, with four receiving the death penalty.

The teenagers were arrested in October 2020 in Galkayo, in the Mudug region of Puntland state in Somalia, for alleged involvement with armed groups. Four of the boys were 15 at the time of the arrest.

A military court sitting in Galkayo, Somalia, on 31 January handed down the death penalty for four of the teenagers, aged 16 – 18, while the two others, aged 16, were sentenced to 30 and 20 years imprisonment, respectively.

The sentencing violates the United Nations Convention on the Rights of the Child, which Somalia ratified in 2015, and which codifies Somalia’s commitments to protecting a child’s rights to life, survival, and accords them appropriate legal protection.

“We are deeply concerned at these sentences. Sentencing adolescents to death and long-term imprisonment – regardless of their crime – does not work as a deterrent, and certainly isn’t in line with global standards to which Somalia has accepted. These boys deserve a chance at rehabilitation, and we urge the government to ensure justice.

“We urge the government of Puntland to strengthen enforcement and implementation of the Puntland Juvenile Justice Act, to protect and treat all children under the age of 18 in line with child rights standards.

“Across Somalia, children must be protected from recruitment and use by armed groups. The experience of being associated with an armed force or group can have an immediate and lasting impact and consequences for boys and girls, including exploitation and abuse, physical injury or disability. They must be protected, not punished.”

Save the Children works across Somalia helping the government and the community to uphold children’s rights to survive, learn and be protected. The Federal Government of Somalia and its member states should guarantee child-sensitive legal procedures for any children charged with a crime. These should involve assuring adequate legal representation and implementing child justice principles that are directed toward the child’s diversion, rehabilitation, and reintegration into their families and community.

These sentences come days before the 20-year anniversary of the Optional Protocol of the Convention on the Rights of the Child on the Involvement of Children in Armed Conflict (OPAC), which bans participation of children under the age of 18 in hostilities. The day this entered into force, 12 February 2002, is commemorated annually as the ‘Red Hand Day’ to raise awareness about the recruitment and use of children.